The good thing about working with CRM currently? The product is really starting to come into its element, as with each new release, more functionality is introduced that develops CRM further and helps plug the gap between some of Microsoft’s major competitors in the CRM/ERP space. The downside of this is that you constantly have to keep up to date with everything that is happening! News of acquisitions, the introduction of additional products/features for CRM and even complete overhaul announcements à la Dynamics 365 seem to be happening daily now; if you blink, then you will almost certainly miss something. Acquisitions present the most opportunity for the CRM product to move forward, enabling Microsoft to very quickly take a product that provides a specific function or feature and rapidly integrate it with CRM. In this week’s blog post, we will take a look back at 6 acquisitions made by Microsoft that were directly focused towards, influenced by or had a lasting impression on Dynamics CRM. This list is by no means exhaustive but merely represents what I think are the most significant acquisitions to date - with no doubt more to come in future. 🙂

Originally founded in 2008, Yammer is a social network for businesses, that encourages closer collaboration with colleagues and provides a social networking experience that should very quickly feel familiar to new users of the application. Microsoft announced its acquisition of Yammer on June 25th, 2012, with Microsoft and Steve Ballmer providing definitive indications of where they saw the future direction of Yammer as part of its budding cloud portfolio:

Whilst it is arguable that Microsoft’s primary motivation for acquiring Yammer was Dynamics CRM, it is worth a mention purely for the fact that Yammer was rather speedily integrated with Dynamics CRM 2011 Online as part of one of the last major updates to CRM 2011. Since then, Yammer integration has been a staple feature of Dynamics CRM, allowing administrators to replace their default social feeds with Yammer groups. I am a huge fan of Yammer and really rate the benefits that it can deliver to businesses who wish to increase employee engagement.

Whereas the motivations for Yammer’s acquisitions were mixed, the fact that MarketingPilot’s acquisition was announced by then Corporate Vice President of Dynamics CRM, Bob Stutz, gives you all the indication you need. On the date of this acquisition (17th October 2012), you would be forgiven for not knowing just who MarketingPilot were, particularly if you lived outside of the US. MarketingPilot was originally touted as offering solutions for two scenarios - Integrated Marketing Management & Advertising Agency Management - with a feature list that should look all too familiar to those who have worked closely with Dynamics Marketing.

Interestingly, Microsoft did not disclose the amount that MarketingPilot was sold for, whereas the full $1.2 billion cash price was mentioned prominently for Yammer. Since its acquisition, MarketingPilot has been rebranded and placed firmly within the Dynamics range of products and has had an interesting transformational journey. Whilst they were largely successful in getting the “front” of the application looking similar to how Dynamics 2013 and future versions operate, you can find many clues of its former status as a separate product as you begin to dig deeper within the application. Nevertheless, Microsoft has done a good job providing straightforward and easy integration between Dynamics Marketing & CRM, providing organisations with a fully supported email marketing solution that offers functionality not present within CRM; the most important of these being, for example, the ability to send HTML emails.

This next one wins the award for the most number of product name changes I think 😀 What is also noteworthy about this acquisition is that it is the first on our list to involve a company based outside of the US, as Netbreeze Gmbh was a Swiss company. And, as before, Bob Stutz making the announcement regarding the acquisition on the 19th March 2013 tells us everything we needed to know at the time in regards to the motivation and direction of Microsoft. Indeed, as Bob said at the time:

The way we will make this technology available makes this acquisition even more compelling. We are going to provide access to this rich data across your marketing, sales and service teams so that each and every person using your CRM system can have this consumer insight at their fingertips. Delivering these capabilities is a critical part of our social strategy.

Social Engagement is a product that I have not had much experience using on a day-to-day basis. What is most striking about the product is the speed in which it has been tightly integrated as part of official Dynamics CRM curriculum. Anyone who harbours ambitions towards obtaining either MB2-710 or MB2-706 in the near future will almost certainly need to have more than just a passing awareness of what the products are, as candidates are expected to know how Social Engagement integrates with CRM and provide more than just a basic summary of the product.

FieldOne presents an excellent fit for CRM, both in terms of expanding case management functionality beyond typical service desk environments and providing an enhanced mechanism of managing teams, qualifications, and diaries across large organisations. So it was no surprise last year that this became the latest product to be acquired - and to be specifically earmarked for inclusion within Dynamics CRM:

[FieldOne’s] built on Microsoft technology for fast integration…and has cross-platform capabilities meaning it can work on different devices enhancing the mobile experience which is so critically important in field service management. FieldOne was built from the ground up to leverage Dynamics CRM, and this means that our customers can take advantage of its capabilities right away.

What I most like about the product is its ability to visualise schedules/job boards via an interactive map and its integration with mobile app push notification/SMS message, for both customers and colleagues. Microsoft still look to be getting their house in order, with respect to how this product fits in within CRM - although it is available to organisations to begin using, it is likely that we’ll see a major push forward as part of the Dynamics 365 release later on this year and with some new, dedicated curriculum/certification exams available for professionals to (rapidly!) get to up to speed with the product.

On September 28th last year, Microsoft announced it had acquired the technology and product offerings of Adxstudio. At the time, there were already a number of products purporting to offer self-service portals integrated tightly with CRM; the acquisition is not surprising, therefore, considering such clear demand for a product offering like this. In addition, Microsoft’s choice of Adxstudio presents a safe bet, given that the products foundation is rooted firmly within the “Microsoft stack”. What is most noteworthy to mention as part of this is the speed in which Microsoft “changed the window dressing”; as part of the CRM 2016 Spring Wave release, Microsoft began offering Portals as a paid add-on to Dynamics CRM Online subscriptions. Perhaps due to the rather speedy nature of this rollout, the experience and available features differs significantly from what you are able to do with AdxStudio. For example, you have no access to the backend portal site (which would be crucial if, for example, you wish to customise the portal sign in page) and are limited to customising a set of pre-defined portal templates that cover typical scenarios for businesses. As part of the next major update to CRM with the release of Dynamics 365, we should expect to see a number of new features added to portals that will hopefully address some of these issues and bridge the gap accordingly.

We save the best until last 😉 Although there has been very scant information relating to Microsoft’s most recent acquisition, Satya Nadella’s open letter to Microsoft employees gives us a flavour of Microsoft’s plans for the acquisition:

Along with the new growth in our…Dynamics businesses this deal is key to our bold ambition to reinvent productivity and business processes. Think about it: How people find jobs, build skills, sell, market and get work done and ultimately find success requires a connected professional world.

It requires a vibrant network that brings together a professional’s information in LinkedIn’s public network with the information in Office 365 and Dynamics.

There is clearly a significant correlation between this deal and the recently announced Dynamics 365. Expect to see LinkedIn to form a major part of the new suite of products announced as part of this, either when Dynamics 365 is released or early next year. 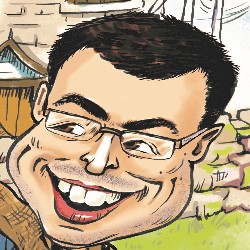